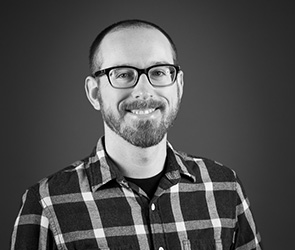 Justin recently joined Livermore after working on industrial, commercial and mixed use projects in the Pacific Northwest. He graduated with his Master’s degree in Architecture from Portland State University with an emphasis in sustainability, and has been involved in promoting design-thinking and active transportation.

Justin has experience as an architectural designer, responsible for project documentation and coordination on multiple fast-paced developer lead projects. This work was primarily focused on commercial retail, urban mixed use and industrial projects that included tenant improvements, remodels, adaptive reuse, and ground up new builds. He is passionate about exploring new environmentally sustainable materials technology and systems integration to promote sustainability and innovative design.

Having grown up in rural Oregon, Justin knows a thing or two about getting lost in the woods and mountains of Oregon, and has spent many a day skiing Mt. Hood or hiking through the mountains. He and his wife are avid backpackers, having traveled throughout Europe and Japan, as well as parts of the United States and Canada in pursuit of nature and urban architecture. While in Portland, if you don’t find him at a beer garden or the Japanese Garden, you will probably find him tinkering on one of his many collected bicycles or going on rides along the Willamette River with his wife and young son.